The Faith of Politicians

The Faith of Politicians

“First of all, then, I urge that supplications, prayers, intercessions, and thanksgivings be made for all people, for kings and all who are in high positions, that we may lead a peaceful and quiet life, godly and dignified in every way.”  (1 Timothy 2:1-2, ESV)

Insulting. Sad. Disheartening. Shocking. Over the past few months I’ve used these words to answer questions I’ve received about the current presidential campaign. The candidates’ behavior has been mostly disappointing regardless of their party affiliation, whether they lean left or right, or their faith declaration.

Notice that I said faith “declaration” rather than faith “practice.” When a candidate claims to be a Christian, I accept that person to be a Christian. The same for someone who professes to be Jewish, atheist or any other expression of faith. They can declare to be whatever they declare to be. Our Lord God will judge.

This presidential election has elicited strong responses about the measure of the faith of the candidates from all quadrants. Even the Pope has pontificated about it. (See what I did there?)

But, can we judge someone else’s faith?

Discernment? That’s a whole ‘nuther thang (yes, the preacher’s a Texan). Within the realm of Christian spirituality and practice is a power from the Holy Spirit. It is a power that is not for the novice of faith. “But solid food is for the mature, for those who have their powers of discernment trained by constant practice to distinguish good from evil”  (Hebrews 5:14).

We do not supplant God’s authority by exercising discernment. In Matthew, Jesus encourages us to exercise discernment in recognizing the things of God. “So, every healthy tree bears good fruit, but the diseased tree bears bad fruit. A healthy tree cannot bear bad fruit, nor can a diseased tree bear good fruit. Every tree that does not bear good fruit is cut down and thrown into the fire. Thus you will recognize them by their fruits”  (Matthew 7:17-20).

Discernment and voting going hand-in-hand. If a politician wants to take more of your money without asking, is that Christian behavior? If a politician calls another person names, is that tree bearing Godly fruit?

So as November approaches, pray that the Holy Spirit’s power of discernment will guide you. Discern the biblical fruit of the candidates. Then cast your vote. 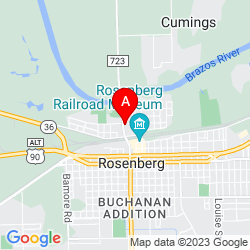